SCHOOL IN SWITZERLAND: learn from my U.S. college app mistakes...and my Swiss Success

School just started again, and whether it’s online, in-person or whatever your school might be doing, it probably isn’t the same as usual. If you’re a Junior or Senior, you’re probably still trying to go to your dream college in a year or two, but with COVID-19 cancelling many SATs, on top of all the normal things military kids face over the summer, things might be looking a bit difficult to say the least. If you moved your Junior or Senior year, then it's probably even worse. It’s almost as if you were dealt a great hand of cards, but the dealer was like, "haha give me those back I need to reshuffle again." Well, for those applying to college this year or the next, here’s a story from a Class of 2020 graduate who’s plans for the future have also been whacked around.

I’ve been living overseas for the past 7 years. At my first duty station in a different country, Germany, my parents thought it would be a good idea to put me in a German middle school instead of the on-base DoDEA school. It was very hard the first year because my German wasn’t very good, but I thanked my parents tons later, because this is where my dream of going to college in Switzerland or Germany began. I loved it there, and a free-tuition, high-quality education in engineering very much appealed to me. I discovered after a quick internet search that for an American high school diploma to be recognized in central Europe, certain AP classes are prerequisites, and a language fluency certificate was necessary. So over my next 4 years of high school, I took a German fluency test and made sure I took the right APs, as you right now should probably be making sure to sign up for the SAT. (It's being cancelled a lot of the time due to COVID-19, so whenever it isn't cancelled be sure to sign up before it's too late!) 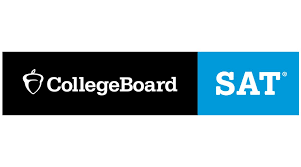 *not endorsed by the Common App or College Board*

Anyways, on to something a bit more relevant. I'll give a bit of advice on applying to U.S. colleges. As I stated above, my goal was not to study in the U.S., but I ended up applying to a bunch of unrealistic elite schools because why not (who knows, I might get accepted to Stanford or something). First of all, choose what schools you want to apply to, shoot for the stars, but then also apply to easier to get into alternatives that you’d still be happy to go to. I didn’t do this, and was rejected from 3 of my elite schools and waitlisted, and not accepted off the list at the other 2. But, like I said, I wanted to study in Germany or Switzerland. Hopefully, you can learn from what I did, and not repeat it!

Next, when you apply to a college, find out when to apply. A lot of schools have early action/decision applications which could potentially better your chances of getting accepted, but be careful, because early decision can be binding - meaning you must study there if accepted - so be sure to check the specific college to find out whether or not it is binding. If it’s non-binding, then there’s very little reason you shouldn’t apply early, and if it’s your #1 choice school, apply early even if it is binding. For better or worse, I skipped out on this early action/decision boat - mostly on purpose because I didn’t want to be subjected to deciding where I would go till as late as possible, because German/Swiss universities have much later application periods. Please don’t be like me (unless you're planning to go study outside of America) and apply as early as you can. If you’re a senior you should start now if you haven’t already, and juniors can fill out some sections of the CommonApp at the start of next summer.

Ah, yes, the CommonApp. One application for all your colleges. Well, not really. First of all, a lot of schools aren’t on the CommonApp, and there are other shared applications like the Coalition, or those between different colleges of the same state like ApplyTexas. Second, filling out general info and the shared essay on the common app might not be all you need to do to apply to a specific college. Many schools will have you write an additional essay or 2 (or half a dozen for some Ivys), and you still have to add your counselor and a teacher or 2 or 3 to write letters of recommendation for you. Tip for Juniors: don’t be mean to your teachers this year!

As far as the essay(s) go, I wrote mainly about how my adventures across the world and boardsports have helped me grow academically and in my faith (if you want the gist of most of my college essays, read my first article; I was lazy and just modified them a bit for Bloom). Try to think of something uniquely YOU that is impressive and will make you stand out for admission. If further essays are required, write something more academic about something you’ve done or want to do related to your field of future study, or perhaps extracurricular related. As military teens, we all have something to write about: the struggles involved in moving, having parents deploy, and all that comes with military life. It is good to note that you shouldn't just rant or complain about your life, and don't sound depressed. You want admissions to think of you as someone who is successful despite all these struggles.

Ok, bottom line of US colleges: admission is super competitive depending on where you’re going, and you can be perfectly qualified with an amazing application and still get rejected. However, there are also great schools that aren’t super competitive, and going to one of those isn't a bad deal, especially because you might get better scholarships there. If you're still unsatisfied, you could potentially transfer to your dream school after the first year.

"My commitment to TBD"

Back to my own college application story: come April, I didn’t get accepted to any American colleges and wasted probably over a hundred hours of my life applying, however, my German and Swiss college applications were barely even started. In order for my applications to be complete (unfortunately, no preliminary acceptance is given), I needed to send notarized copies (from a legal office) of my high school diploma via mail or online depending on the school. And for all but one of my schools, CollegeBoard needed to release my final AP scores. After graduation, I was accepted to study Mechanical Engineering at the Karlsruhe Institute of Technology, (no APs required), an amazing school where Carl Benz, inventor of the automobile (sorry Henry Ford, you were just the first to mass produce), studied. However, there was a catch: this is one of the very few German schools that isn’t free. But it is taught in English, and if you want you can study there for less than $20,000 a year, which is a very good price for a U.S. school but isn't free like most Allemanic universities. It was basically a program just for international students, and wanted the authentic experience of actually speaking German and having German friends. Unfortunately, I either had to pay a deposit of 4500€ or reject my offer for admission (and all of this in early June, before I found out my acceptance to other schools).

I'm glad I took a potentially stupid risk and didn't pay the deposit because in late June, only a few days after I sent my AP scores online to them, I was accepted to study Physics with a minor in Computational Science at the University of Zurich, Switzerland, where I've begun my studies this fall! No, it’s not engineering, however, I plan on perhaps getting a Master’s in Quantum Engineering from ETH Zurich which would teach me how to put all the obscure/advanced physics that engineers never normally learn (but physics students do) into practical applications that could revolutionize numerous tech industries. Unfortunately AP scores via mail took too long to get accepted in time to my 3 other schools, University of Basel, Bern, and TU Munich (my original 1st choice), but now I realize that the University of Zurich is actually better anyways!

The battle was won, but alas the war continued; being admitted in late June left me with only a month and a week until I needed to enroll in-person in Zurich, and because a Swiss student visa usually takes 2 months, I was living life on the edge. If coronavirus hadn't delayed AP scores from early to late June, it wouldn't have been as close, but more problems arose when the Swiss claimed my bank documents weren't from an accredited bank. Who are they to say that? Oh wait, they're kind of the banking kings, they totally have that authority! Thankfully, our pastor from when we lived in Stuttgart, who my family and I are still great friends with (and happens to be a Swiss citizen) was able to help me with Swiss bank documents, and only thanks to God did I get my Visa exactly 2 days before my flight!

I think the lesson to be learned here also applies to American colleges or anything in life: don't give up! I wouldn't say "never" give up though, because no means no, and that goes for colleges too. But until a college says no, (if you're on their waitlist for example) send them extra letters, extra test scores, maybe try using some connections, perhaps get your local Karen on the phone with the admissions office.

I wish the best to everyone going to high school during this pandemic! 2020 might not be what we have expected, but the best we can do is make the most of it and bloom despite the corona and mask infused soil we're planted in at the moment.

QUIZ: Can You Decipher These Military Acronyms?

Kingdom of Beauty: Adventures in Germany

Taking My Sister Back to the Naval Academy: COVID Edition